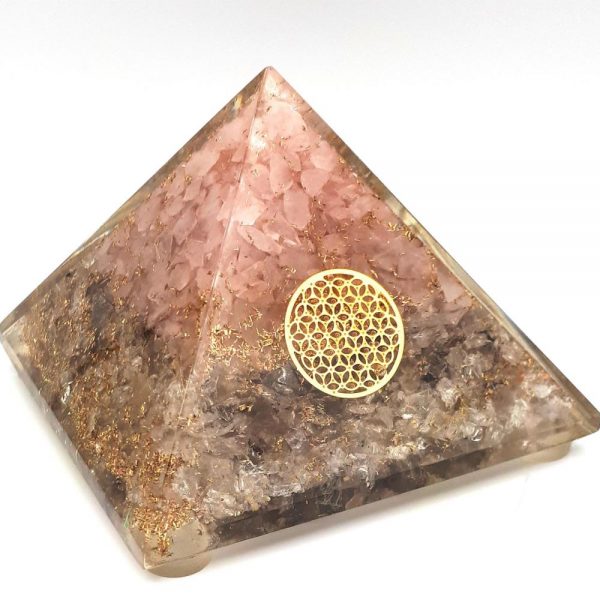 EMF and other energies are pulled into the bottom surface of the pyramid, are conducted and dispersed by the metal/s, and then are retuned by the crystals and orgone.

About a third of the way up from the bottom surface, the pyramid shape concentrates the retuned energy and orgone, as it travels up toward the top.  There it is further amplified before streaming the new, cleansed frequency and orgone, out of the top point of the pyramid.

Modern pyramids of all sizes are being used for similar purposes today.

Pyramids are the most powerful shape for Zen Dome orgone generators.  The negative energy is absorbed, retuned, concentrated and then dispersed into the room.  When you place them into a grid formation, Zen Domes are exponentially effective, and protect the whole area.

So what is EMF?  Electro-Magnetic Frequencies come from cell phones, cordless phones, mobile antennas, smart meters, broadcast towers, electrical security systems and more. The higher the frequency, the greater the risk to health.  For example, microwaves are very-high-frequency (VHF) radiation, and they can pose a significant health risk.  Many cell phone towers operate in the microwave range.

There are many good reasons to grid your home with Zen Domes.