Orgonite is made by combining clear quartz crystals, other life-enhancing crystals and stones, along with a mix of organic resin with metal shavings.  This produces a substance which attracts and converts electro-magnetic frequency (EMF) and other negative energies into new and more healthful frequencies.

How do they work?

The resin in orgonite shrinks during the curing process, permanently squeezing the quartz crystal inside, which activates a well-known piezoelectric effect inside the crystal.  Its end-points become polarized electrically, and this causes the orgonite to function so effectively as a positive energy generator.

There are multiple health benefits reported from regularly keeping orgonite nearby.  As the clear quartz crystal emits its specialized healing frequency, it stimulates the secondary crystals and stones to “sing”.  Together, they emit an inaudible symphony of healing frequencies, which clear all of the chakras as they relax the body, and interact with the natural crystals (salts) found in our fluids and tissues.

Zen Domes (orgonite) contain a central clear quartz crystal, which is considered to be “The Universal Crystal”.  It is used for focusing the mind, healing, meditation and spiritual growth.  Its helical spiral crystalline form radiates all the colour vibrations found in the light spectrum producing a harmonizing, balancing effect.  All Zen Domes orgonite amplify and purify energy, restoring health to the body, mind and soul.  Further, clear quartz stimulates the immune system and is a powerful protection stone.  Holding a quartz crystal in your hand, actual doubles your bio-magnetic field, and dispels static electricity.

Zen Domes generate a positive electromagnetic field of healing frequency for about 10 feet in every direction.  When arranged within the home or office in a grid-like fashion, they intensify the effect of each other, extending their range and producing an energetic environment which is conducive to harmony and healing.  Even your plants and pets benefit.  The tactical deployment of small pieces of orgonite near any and all sources of DOR, or life-negative energy, (such as cellphone towers, nuclear power plants, underground bases and natural Earth energy grid-lines and vortices), will bring about specific life-positive, cleansing, healing, effects.

In 2012, original, limited edition Zen Domes were created by Vancouver-based visual artist, James Tracy (www.jamestracy.com).  James has since moved on to new artistic endeavours, and I continue to handle the sale & distribution of a completely new line of orgone generators (still called Zen Domes).

To qualify as a Zen Dome, the orgonite has to be precision-made, beautiful, and as unique as possible.  Only the most effective orgonite is selected to become a Zen Dome.  Once a design is chosen, the orgonite is energetically charged.  I personally infuse each one with the intention of giving you the best results possible for your highest good.  I also charge and activate the crystals within.

As a result, Zen Domes are hand-created in small batches and are only available in a limited supply.  Once you order the designs you most desire, each Zen Dome will attune itself to your life force energy, producing maximum effect.

A testimonial from one of my customers:

“These (Zen) domes are amazing!! Honestly, if it wasn’t for a close friend who had recommended these to me for pain relief, I would’ve never found this shop, and/or would’ve been too skeptical to have even tried it. Little did I know after my first order that I too was also suffering from EMF. Symptoms that I had had for years, but didn’t know what they were that limited me from watching TV or using my computer, went away. Just by placing one mini zen dome next to my laptop when I use it keeps my head clear and I’m able to focus and get my work done even if it takes hours without getting sick. I even tested taking the (Zen) dome away and using the laptop…the symptoms came back. It is UNREAL!!! I am still in amazement by how well they work and my plants love them too! A life changer! Bless Karen and James for getting them out there!” S.M.

I am currently completely sold out of the original, limited edition Zen Domes, but am in the process of adding my new line of orgonite pyramids, half domes, charging plates, jewellery and pocket crystals to my shop. 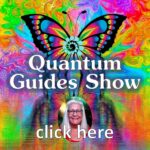 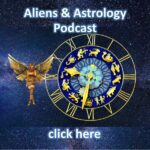