This powerful, hand-made orgonite pyramid features a AA quality quartz skull, and the Pentagram symbol.  It offers the ideal combination of crystals to protect, purify, transform dense energies and is great for grounding.  Makes a perfect orgone generator for the altar!

This powerful, hand-made orgonite pyramid features a AA quality quartz skull, and the Pentagram symbol.  It offers the ideal combination of crystals to protect, purify, transform dense energies and is great for grounding.  Makes a perfect orgone generator for the altar!

Clear quartz amplifies the properties of other crystals, keeps them at optimal performance, and when they are combined within the orgonite matrix, multiple health benefits can result.  As the clear quartz crystal emits its specialized healing frequency (786,000 KHz), it intensifies the effect of the secondary crystals.  Together, they emit an inaudible symphony of healing frequencies, which clear all of the chakras, relax the body, and interact with the natural crystals (salts) and fluids found in our bodies.

When used within the orgonite matrix, clear quartz is under pressure, and the end points become polarized (piezoelectric) and the charge is dispersed as the frequency of 786,000 KHz.

Clear quartz is considered the Universal Crystal, and due to its cleansing properties, it self-cleans and purifies the other crystals bound up with it in the orgonite matrix.

It guards against radiation and environmental pollutants, and is highly useful in purifying and neutralizing one’s own negative thoughts and internal conflicts, and turning them into positive, usable energy.

Black Tourmaline is also a powerful grounding stone, electrical in nature, providing a connection between Earth and the human spirit. Its supportive energy aligns the energy centers of the body and channels healing light throughout the system. It promotes a sense of power and self-confidence, allowing for a clearer, more objective view of the world. It is empowering to those who must live or work in challenging environments or when facing difficult circumstances.

The word pentacle originally meant ‘any symbol that protects against evil spirits’. Today the pentagram symbol is used in Feng Shui.  It represents the 5 elements and is used to balance energies and forces within one’s home and life.  In Wiccan circles it represents the 4 directions and centre at the top.  This symbol has been used for protection for thousands of years.  This is a geometrical pattern also used in math and science.

To qualify as a Zen Dome, the orgonite has to be precision-made, beautiful, and as unique as possible. Only the most effective orgonite is selected to become a Zen Dome.

Once a design is chosen, the orgonite is energetically charged. I personally infuse each one with the intention of giving you the best results possible for your highest good. I also charge and activate the crystals within.

As a result, Zen Domes are created in small batches and are only available in a limited supply.

Once you order the designs you most desire, each Zen Dome is then made especially for you, so it will attune itself to your life force energy, producing maximum effect.

In keeping with my commitment to quality, Zen Domes take time to create, cure, energize and ship. You should receive your order within 30 business days.

There are no reviews yet. 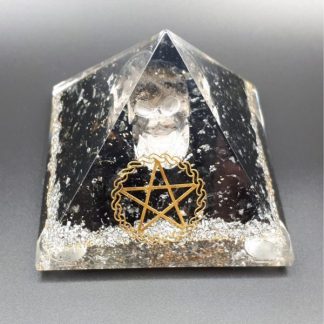